The United States is facing significant and fundamental budgetary challenges. The federal government's budget deficit for fiscal year 2011 was $1.3 trillion; at 8.7% of gross domestic product (GDP), that deficit was the third-largest shortfall in the past 40 years. (GDP is the sum of all income earned in the domestic production of goods and services. In 2011, it totaled $15.0 trillion.) 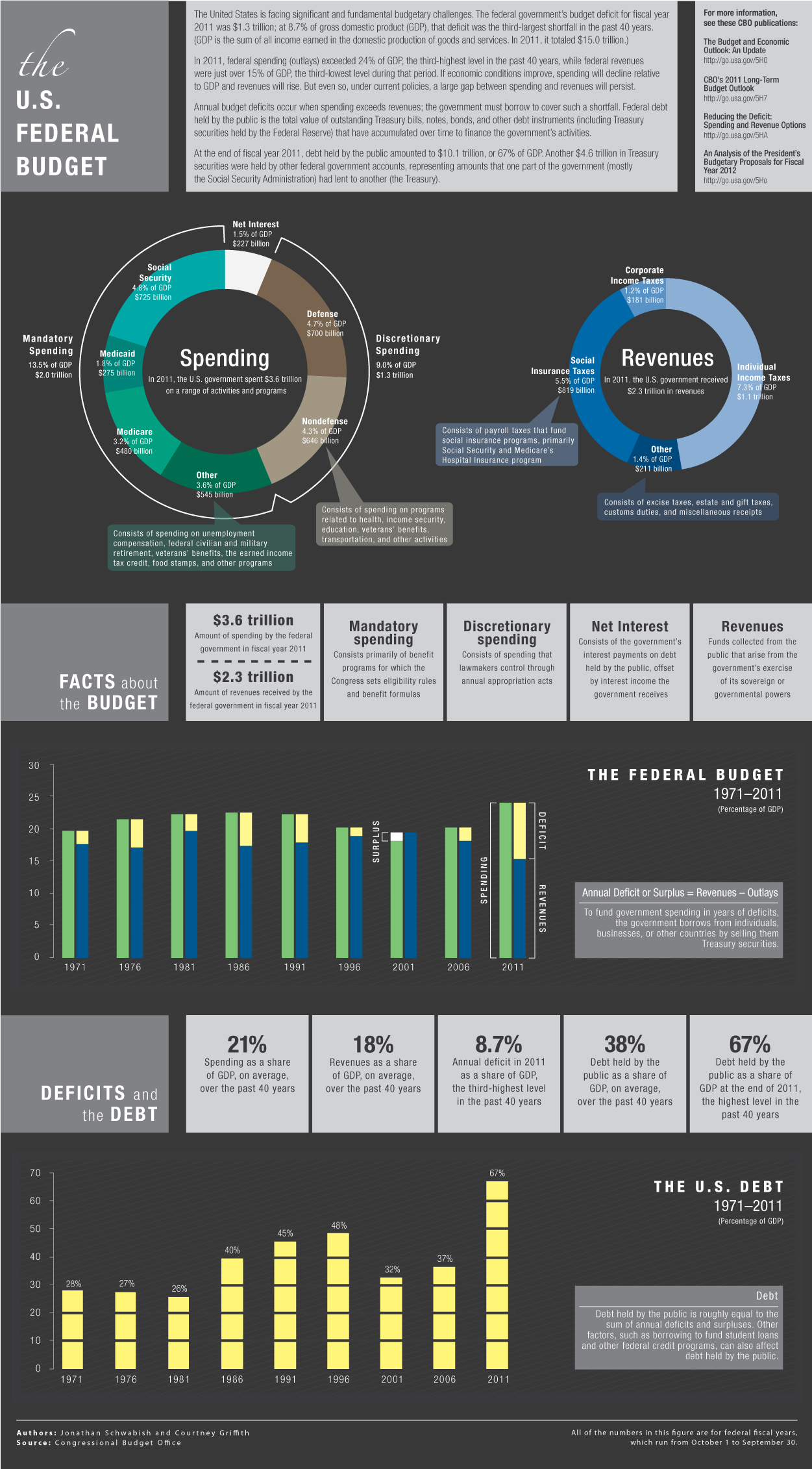